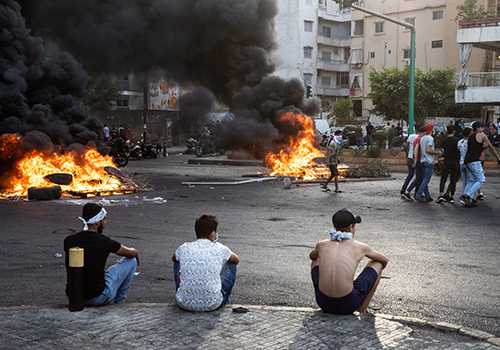 Zaytun – Fuori campo (Out of bounds)

Shatila is a Palestinian refugee camp in Beirut where over twenty thousand people live in one square kilometre and the Lebanese law doesn’t allow them to carry out skilled jobs. In this context, some teenage girls gathered in a basketball team, facing the taboo of women's emancipation and fighting to be able to compete in official tournaments.

Divided between multiple activities such as cinema, journalism, sport (especially if popular) and activism for the rights of women and minorities, Alice Corte graduated in Political Science and is specialized in History with a Master degree in Gender Studies, dividing her student works between Lodz in Poland and Granada in Spain. In 2013 one of his short films was selected for the fourth edition of the Polish LGBT Film Festival. She is web editor for the Storie in Movimento association and edited two issues of Zapruder magazine. She worked for Confronti magazine and collaborated with feminist magazine DWF. She currently produces content for Radio Bullets and works as a specialist and editor for the major television news organizations. In 2021 he concluded his second film as a director, the documentary Zaytun - Fuori Campo, set in Shatila, a Palestinian refugee camp in Beirut.

Constantint Rusu, born in 1993, belongs to the first generation of the post-Soviet Moldova, torn apart by economic crisis and ethnic conflicts. While still a child, he moved with his family to Rome, in the Tor Bella Monaca district, where he lived in a difficult peripheral context. Sensitive to issues such as poverty and social inequality, he graduated as a screenwriter and director and focused his artistic research on the consequences of colonial phenomena in contemporary times, with particular regard to the countries of the former Soviet Union and the Middle East. In 2018, while still a student, he directed Revolução, a documentary about the friendship between two boxing masters operating in the suburbs of Rome and Rio Claro, Brazil. In 2019 he directed the short film Corri Principe, Corri!, a fantasy film that addresses the theme of bullying, in competition at the XII edition of the International Children’s Film Festival in Lucknow, India and at the Cefalù Film Festival. In 2021 he wrote and directed the documentary Zaytun - Fuori Campo, set in a Palestinian refugee camp in Lebanon, currently in distribution.