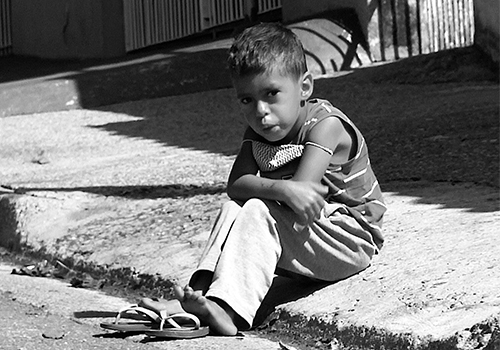 This is a movie about limitless human willpower. The documentary will make a cinematographic portrait of the artist Marcos Santos, who was born with cerebral palsy. He has his speech partially impaired, and without the movements of the arms and hands, he paints with his left foot and teaches children in a peripheral and stigmatized neighbourhood of a typical Brazilian city, São José dos Campos, to create art and bring it to the city walls. Endowed with great talent for art, intellect and spiritual greatness, which go beyond limits, Marcos brings a strong message about life and love, which goes beyond the limits of what is possible and performs miracles.
Marcos' personality, of course, has a symbolic value beyond the theme of a documentary film. It surpasses the barrier of the common man. Through it we can show that the world of the physically handicapped holds surprises far beyond the normal. It seems like an exceptional story: a large family, living in a suburban neighbourhood, a poor black man and a birthmark, but as Marcos himself says: “the obstacles are there to be overcome”. Since the moment he found a piece of coal in the street and with it he began to pull his left foot, intuitively, some lines began to take shape and turn into a drawing, a figure appears with a crown on his head.
Marcos is an academic artist, living from his craft and paintings. Today, he has a happy family, he's a father and he owns his own house. His energy is extremely important as an example for young people, and it is with this uniqueness that he attracts them and easily transmits his knowledge and as he says, he is a person: “who gives back what he received, to his neighbours, to the children on his street, to the neighbourhood, a way to transform their personal projects into collective action.”
"Walls of life" is a short version of the feature length documentary about Marcos Santos. The feature film “Marcos – The Willpower” is in its final stage of production, and it’s expected to premiere in November ´21.

Zoran Djordjevic was born in 1962 in Valjevo city (the former Yugoslavia, now the Republic of Serbia).
He studied and graduated in Prague, the Documentary Film department at FAMU, Film and TV School of the Academy of Arts.