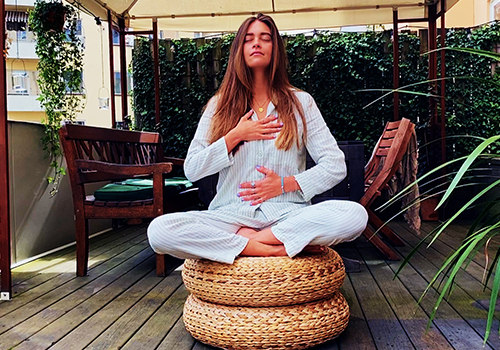 Under The Same Sky

Women around the globe share wisdom in a global pandemic.
22 women from 20 countries share insights on defining love, developing potential, and bouncing back from self-doubt. Speaking in their native tongues, these women offer their take on the same five questions. Joining Chace to form a three-woman team is cinematographer Anna Andersen as filmmaker and editor, and actress Lucie Fleming as producing partner.
Under The Same Sky, featuring women from China to Australia to Mexico, was filmed when worldwide mandates kept people in their homes during the COVID-19 pandemic. The team behind the documentary got creative, interviewing the women over Zoom, and incorporating footage they shot from their daily lives, rounded out with inspirational footage. Each interview is accompanied by English subtitles.
Under The Same Sky’s audience is largely women in Western countries, but with this film, the team also aims to reach women in Africa and the Middle East. The team hopes to capture the hearts of women in their late 20s to early 60s.

This is Alison Chace’s first film.
She is a female filmmaker based in New York City.