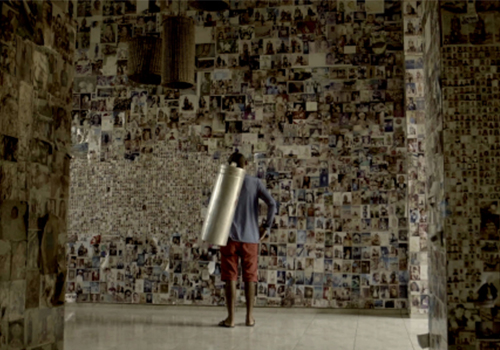 Vitôr, Eliélson and Valtinho are three Chinese chip vendors who travel separately between the rural, coastal and urban scenarios, walking distances but in the company of the characteristic triangle, which announces with unmistakable sonority the arrival of the sweet biscuit. The long wanderings provide encounters, moments of solitude and a sound contrast resulting from these. The rhythm of these lives is governed by Trindade, the blacksmith who senses in the news the imminent threat to the rights of Brazilian workers.

Wallace Santos, born in 1991 in Rio Grande do Norte, Brazil. He holds a degree in Social Communication - Radio & TV from UFRN. Works in audiovisual, visual arts and cultural production. His education is focused on the areas of production, editing, photography, graphic design and screenwriting for cinema, video, television and internet.