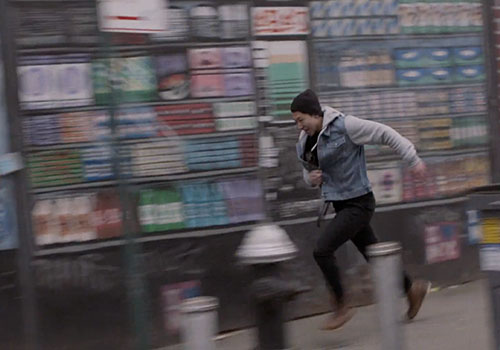 Frustrated by having to work at his mother’s corner store on a Saturday, 18-year-old Jimmy seizes an opportunity to prove himself to a Chinatown hooligan. 30-year-old Haiyang follows a Coyote through the US-Mexican border when his younger brother, Bin, starts to fall ill. As Jimmy and Haiyang venture toward their own goals, it becomes clear that there is a very high price to pay.
The film intimately follows them on their emotional, physical, and moral journeys, providing a timely exploration of family, identity, and sacrifice.

Born and raised in Beijing, China, graduated UCLA with a MFA degree in Film and TV Directing and Franklin & Marshall College with double major B.A. in History and Film Study. In China, worked on short films in collaboration with the Beijing Film Academy, numerous commercials and feature films. After graduating UCLA , his short films THE WAY HOME has been selected by the “A” Category international film festivals including Shanghai International Film Festivals and Diversity in Cannes, three other Academy Qualifying film festivals, and over 20 other festivals over the world. It also won the First Place of International Vision Award at 2019 Flickers Rhode Island International Film Festival and The Best Fiction Short - Honorable Mention prize at 2019 Global Migration Film Festival. Yiran currently lives in Beijing directing TV series, feature films and branded content.