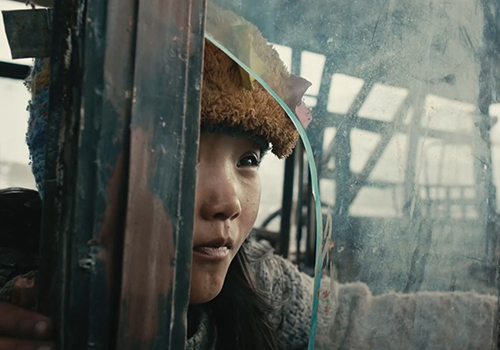 Motivation of the jury:
A visually stunning and unique representation of independence of a small group of children to freely roam and play in their own area, a freedom that is now curtailed for many children. Despite the setbacks the children faced in the city – a foreign urban context - they continue to do what they love, illustrating their resilience yet a deep sadness for an uncertain future.

Four teenagers, from a remote mountain village, spend their days in an abandoned bus on a ridge, playing music. When a band competition is organized in a neighbor town, they gather money and courage to be part of it.

Born and raised in Calcutta, Suman is a Writer, Director and Producer currently living in Mumbai, India. He has studied Business, Design & Communication, and is an advertising professional worked for more than a decade with various agencies and brands. He is the co-founder of Fickle Formula, a new-age content studio based in Mumbai that specializes in new media production. He has been directing and producing commercials and digital content for brands. His debut short film The Silent Echo (2021) set in Mustang; Nepal has won the 'Best Short of the Festival at the Raindance Film Festival and traveling festivals across the World and is on the Academy Awards longlist for 2023. He just finished the production of his second short film Cry Me A River based in Taiwan for which he received the grant and support of the Information Bureau of Taichung City Government. His debut feature film, Eka (Solo) was part of NFDC Film Bazaar Co-Production Market 2019 and Torino Film Lab Next 2020 and La Fabrique cinéma de l'Institut francais 2021 is going on floor in 2023 is an India-France-Bangladesh-Canada - Norway co-production.