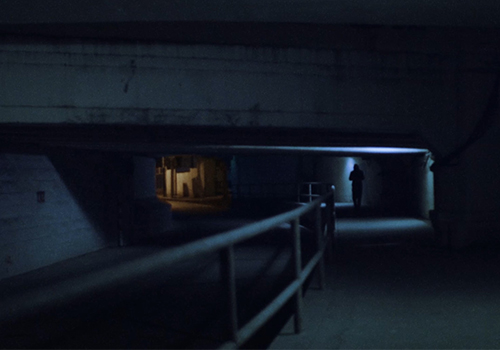 Jarvis has just moved to Shanghai when he is suddenly confined to his still empty apartment. He finds it difficult to cope with the loneliness, he dives into very dark thoughts and into a state of deep anxiety. The only way to escape his nightmares is to escape, and cross the deserted city to a friend’s house

Adriano Valerio is a Law graduate from the University of Milan. He currently teaches Film Directing and Film Analysis at The International Film School of Paris, at the Fine Arts Lebanese Academy in Beirut and at Istituto Marangoni. His short « 37°4S » won the David di Donatello, the Nastro d’Argento Special Prize (2014), and a Special Mention at Cannes Film Festival (2013). His first feature « Banat - the Journey» was presented at the Critics’ Week (2015) in Venice, and shown in more than 65 festivals worldwide. He was nominated for the David di Donatello for Best Emerging Director. His short «Mon Amour Mon Ami» was presented at Mostra del Cinema di Venezia (Orizzonti, 2017) and at TIFF and awarded with the Amnesty Award (Paris, 2018) and Bridging the Boarders (Palm Springs, 2018).
He directed two episodes of the TV series Close Murders, produced by Rai and Freemantle.