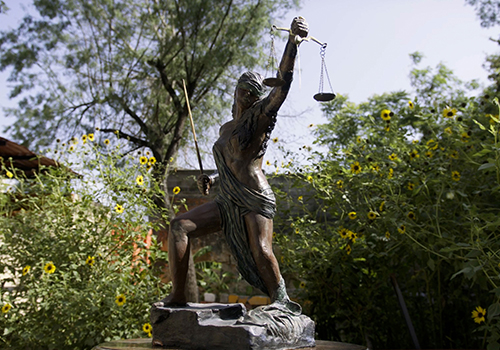 The Lions Are Not For Sale

Motivation of the jury:
The film’s narrative succinctly conveys the contemporary challenges of people’s resistance to preserve a historical garden in response of urban development in the Mexican city of Monterrey. It depicts the desire for diversity in the built form and the recognition of the importance of biodiversity within our cities. An excellent example of environmental and cultural resilience within a community.

In the neglected historic downtown of Monterrey, Mexico, there is an urban garden, sheltered by stone lions. This small property houses flora, fauna, crops and more than 400 years of history, as well as a lawyer and his daughter, who are dedicated to defending it from hyper-urbanization.

He is a Mexican screenwriter and film director. In 2019, he co-created the documentary production company Voces de la Ciudad, that serves as an archive to the memory of Monterrey, México. His documentary short films Comrade Cano (2019) and The City of Progress (2021) have been selected at film festivals in México, Colombia, Argentina and the United States.