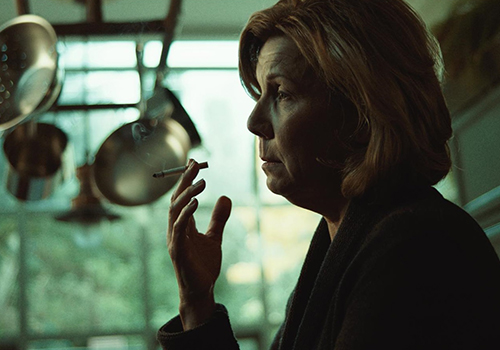 A young gay man, Max, with a passion for photography, eventually finds the courage to stand up to his homophobic mother, changing forever his past and future.

Pietro Pinto (1990) received a B.A. in Arts and Culture from Maastricht University in the Netherlands. Later, he transitioned into film at the EIC TV Film School of Cuba. He was offered an MFA in Cinema at SFSU. His first-year film, Rosita, premiered at the 2017 Venice Film Festival (I Love GAI, SIAE – Competition).
In 2018, Pietro was chosen to participate in the Jerusalem Film Workshop, directing Jerusalem in Between which premiered at the Jerusalem Film Festival. Pietro's MFA thesis short film, Adam, had its world premiere at the 75th Venice International Critics’ Week in 2020. Pietro's latest film, The Golden Gate, won both Best Narrative Short and Best in Show at the CSU Media Arts Festival 2021. Pietro teaches advanced producing and directing at San Francisco Film School and collaborates with UCLA, USC, CalArts, SFSU, and SFFS.