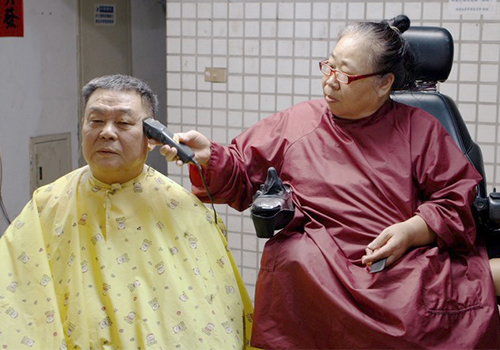 This film is a portrait of the second social housing community in Taiwan.
At the end of 2017, the first social housing unit of the city of Taichung was built.
In Taiwan as a whole, social housing comprises just 0.08% of the housing stock. Compared with other advanced countries, this figure is significantly low.
Together with the first residents, documentary filmmaker Floor Hofman moved into the second social housing unit of Taichung a few weeks after its opening. While living there for four months, Floor talked with residents about how social housing changed their lives.
This film brings the audience to a remote industrial area at the edge of Taichung, where the freshly painted social housing flat is located. Surrounded by factories and mountains the flat is a “Starting Point” for different groups of people.
Residents are coping with their new environment. Some start learning to live independently for the first time in their lives and encourage themselves to remain positive in this difficult time. Others feel reborn by leaving behind family structures and are exited to give shape to their new life full of freedom.
People in the neighbourhood become acquainted with the concept of social housing and meet their new neighbours. The government struggles with the strong stigma attached to social housing and the lack of government owned land to build on.
Starting Points aims to weave complex social and personal situations into a quiet and patient narrative.

Floor Hofman tells stories that are small and personal and at the same time tackle bigger social-cultural subjects. They can be told in different ways: Documentary film, photography, drawings, audio or music. She aims to shine a light on that which seems ordinary and is therefore overlooked.
She studied Media and Culture at Design Academy Eindhoven. She lives in Eindhoven and works wherever her subjects bring her.