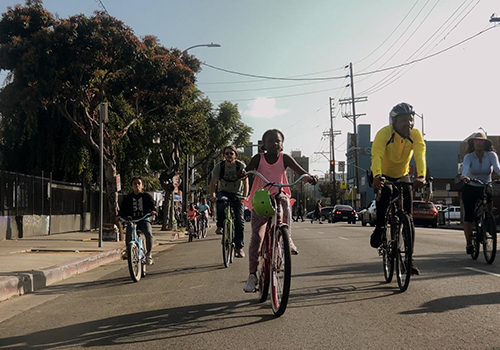 For Los Angeles natives living in the early 1900’s, bicycles and streetcars shared the road as our primary modes of transportation. But the arrival of the freeway effectively wiped them out. Today, a collective of cycling communities fight for protected bike lanes and road safety; determined to bring a new era of mobility justice to the city.

Ryan Mekenian is an Armenian-American filmmaker based in his hometown of Los Angeles where he is a proud M.F.A. Candidate at the U.S.C. School of Cinematic Arts.
Ryan's recent short film, The American Ambassador, premiered at the Catalina Film Festival in 2019. His work as a director has been also been seen at The Skirball Center, The New York Musical Festival, The American Theatre of Actors, & The Hollywood Fringe Festival, and has examined concepts such as modern alienation and the societal dependency on prescription medications.
He is a graduate of New York University's Tisch School of the Arts and a member of Lincoln Center Theater Director's Lab West.