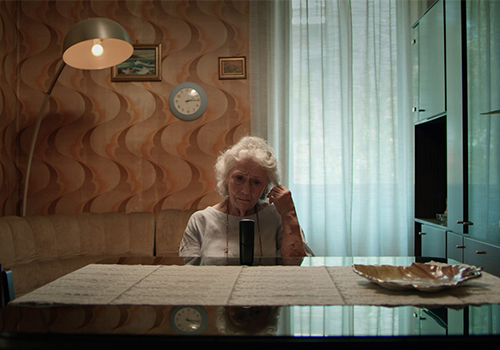 Since Marisa retired, her life has changed profoundly: she feels useless, abandoned, without a purpose. The meeting with a secret organization of pensioners reveals to her one of the greatest mysteries in the history of mankind: road traffic.

Giovanni Boscolo is an author and filmmaker. He graduated in Disciplines of Art, Music and Entertainment at the University of Padua. He has a Master’s degree in writing for cinema and TV at the Cattolica University in Milan. He worked as a production assistant in the films "Io sono Li", "Only you" and in the TV series "Faccia d’angelo". He makes promotional, institutional and small video commercials on behalf of several agencies.

Daniele Nozzi, after starting with VFX, compositing and video-making in general, specialized as an editor for a small communication agency in Rome. He works for several clients, including Hera, Eataly, Acea, Safilo, Campus Bio-Medico of Rome, Disney and Novartis. After working on various independent short films, he decides to try for himself and make his first short film as a co-writer and co-director.