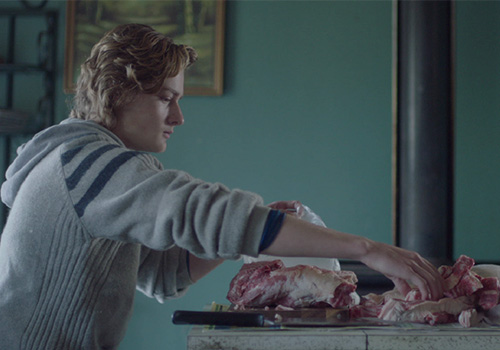 In a family of sheep rustlers, a 15-year-old boy must go up against his domineering father in order to help his younger brother keep the baby lamb left orphaned by their latest slaughter.

He is a writer/director of TV in New Zealand, with recent credits including TASKMASTER, NEW ZEALAND TODAY, GOLDEN BOY, and CHRIS PARKER: BACK TO SCHOOL STAND UP SPECIAL. He has formerly been a writer on the comedy shows 7DAYS and JONO AND BEN, as well as having written an episode of POWER RANGERS: BEAST MORPHERS. As a stand up comedian, he has been twice nominated for the BILLY T AWARD, as well as performed at the Melbourne and Edinburgh Comedy Festivals. His screenplays have placed twice in the quarter finals of the Nicholls Academy Fellowship, and once in the Bluecat screenplay contest. He was the writer director of the 2011 48 Hour Film competition winning film THE CHILD JUMPERS. In 2022 production will begin on his first feature film, THE MOUNTAIN, to be directed by Rachel House and produced through Piki Films.