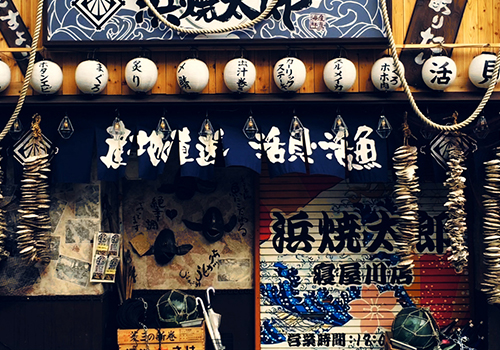 MOTIVAZIONI DELLA GIURIA:
Masterful story of the city of Osaka across different spaces and in the time of a day: actions, human beings, and places live accompanied by a harmonious and coherent symphony of sounds. This film is a poem of images that captures the life, events and activities of the city where men and women are the protagonists in the contexts represented.

SINOSSI:
One day in Osaka through the eyes of a Gaijin.

Pezhmann Mokary was born in Kurdistan(Iran) in 1984. He loved cinema and started his Film Directing education in Cinema & Theater Film School Tehran. While attending school, he started his career as a film critic and mainstream newspapers and magazines published his film articles. Later on, in 2009, he was invited by Iranian youth cinema society, Sanandaj office to teach Film Analysis with focus on Film Genre.
In 2013 he moved to Denmark and enrolled in MA Production Design program from The Royal Danish Academy of Arts, School of Design, Copenhagen, where he also had a chance to travel to Japan as a guest student and study animation at Osaka Seikei University.
He has made several short films, fiction and documentary, both live-action and animation, and some of his movies have been premiered in international film festivals. In 2018 he won the best art film award from the MovieScreenPro film festival for his short film Memories. Also, His debut noir graphic novel Tall Shadows: the narration of trust & betrayal was released in 2019. Currently, he is working on his first feature-length documentary which is about racism.