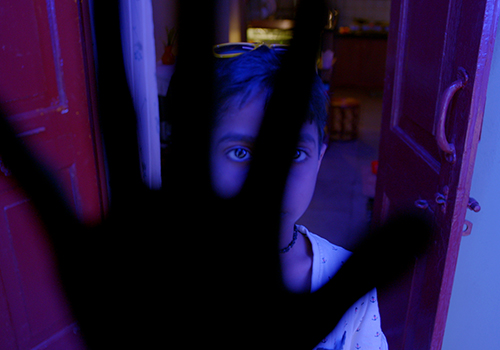 Having recently moved to Mumbai, a working class family rents out their balcony to an advertising company in order to supplement their meager income. A gigantic billboard that reads “Add value to your life” now blocks all natural sunlight that came to their cramped apartment, disturbing the family’s natural rhythms and forcing them to adjust to life suspended in a permanent evening illuminated by a strange neon glow. As the parents struggle to bear their compromised present in hopes for an increasingly elusive better future, the children, hopeful and resilient, find comfort in each other and look for cracks through which the light creeps in.

Sakshi Gulati is a writer – filmmaker and Media Educator. She is an Alumnus of the Film and Television Institute of India with Neon being her graduate film. She has worked with grass-root & Media literacy initiatives, fiction and non-fiction films, documentation of Folk Cultures producing documentaries and a series of shorts made by children before joining film school. She is currently working on her first feature.