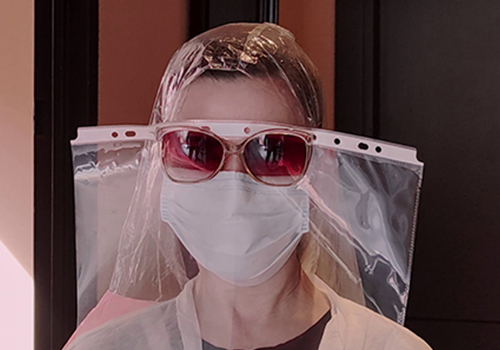 Luis lives by himself, and he is handling the quarantine quite badly. One day, while he is in the bathroom, he hears a voice coming from the air vent, calling for him. It’s Rosa, an enthusiastic neighbor who starts invading his privacy every time he goes into the bathroom. Luis puts up with every conversation with the politeness of a selfless neighbor but, for him, it’s a nightmare. It gets worse when she asks him for a favor.

Versatile interpreter, he trained at the Andalusian Theater Center in Seville.
In cinema he plays in films as Dieta Mediterráea, La dama boba, Tres bodas de más, Embarazadas or Toc Toc. He got a Goya Nomination as a new director in his first film Carmina o revienta. With Carmina y Amen and Kiki, el amor se hace he has been consolidated as a director with the approval of critics and audiences.
In La Peste, from Movistar+ and in La Tribu by Fernando Colomo, he can be seen in a dramatic role.
In 2018 he directed, produced and starred in the serie Arde Madrid on Movistar + achieving a lot of domestic and international awards.
He has participated in La Casa de las Flores for Netflix and in 2020 he wrote, directed and starred in the short film Vecinooo, shooted during the confinament.