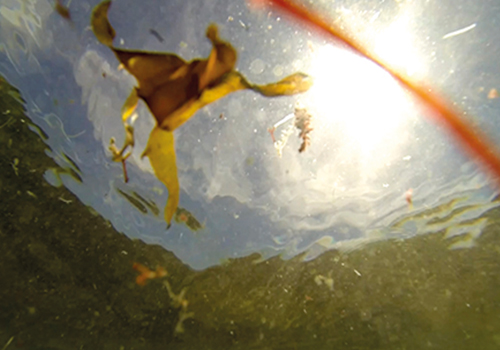 Mediterranean - a sea or a graveyard?
Mayday recounts a story told off in the first person by a Portuguese by a Portuguese volunteer on a boat belonging to a German NGO that carried out maritime rescue missions during the current Mediterranean refugee crisis. The film is illustrated with images that only send us to an imaginary of what has happened, giving space to a reflection on the drama and the political position that Europe has had before this humanitarian question.

Born in Lisbon in 1961, designer and photographer, has been dedicated to moving image in recent years.