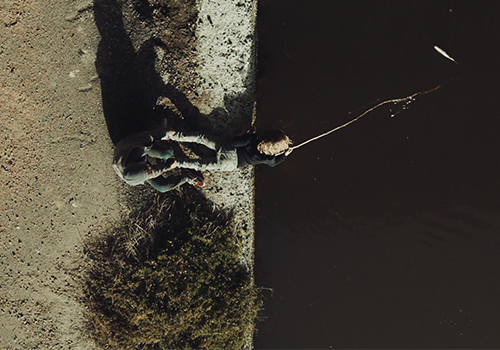 Giovanni and Michele are eleven and nine years old and they live in Sant’Elia, a popular neighborhood on the outskirt of Cagliari. The lives of the two children suddenly seem to change when a scratch card ends up in their hands.

He was born in Cagliari (Italy), in 1978.
He’s a director, director of photography and photographer. Formed with DOP Luca Bigazzi, he’s the author of many international projects for well-known brands such as BMW, Rolls Royce, Bugatti, Lamborghini, Kidston. In 2014, he won the Food Film Fest with his documentary Ca’ Lumaco. In 2015, he filmed a documentary called 30 Piedi Sotto il Mare that went on-air on RAI2 national channel. In 2016 worked with Anthony La Molinara for Iskìda of the Land of Nurak - Official teaser. In 2019 was nominee for David di Donatello Awards 2019 with his short film Il Nostro Concerto.
He is preparing his first feature film adapted from the novel Chiedo Scusa written by Francesco Abate and Valerio Mastandrea.