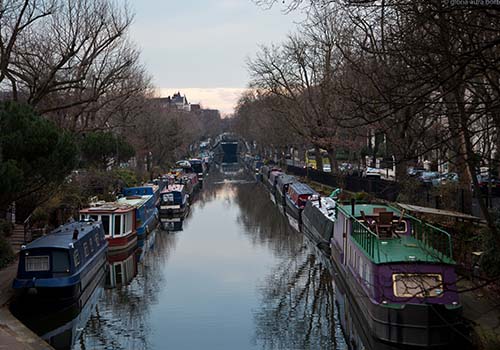 Living on a boat in the heart of London. A landscape where the boundaries between urban and rural are blurred, populated by people who live out of conventional society. Rich people live on the river Thames, while on the Regent’s canal you find those who can’t afford a flat. Only one thing unites them: the love for nature and freedom. Everything else divides them. Observing them every day in their habits, getting to know them, and finally describing them with a documentary that is the portrait of an unusual London and of an increasingly popular lifestyle.

Gloria Aura Bortolini is a documentary, photographer and journalist specializing in social issues, art, lifestyle and travel. Born in Treviso, she graduated in Economics at the University of Bologna and in Communication at the Pompeu Fabra University in Barcelona. Her work led her to live in Paris, Buenos Aires, Rio de Janeiro and London where she collaborated with various Italian and international television and magazines. Photograph recognized by the Sony World Photography Awards with a special mention for the category “travel photos”. Author and presenter of a travel section of the “Kilimanjaro” program. Author and co-director of the documentary “You are my husband”; author and director of the documentary “London Afloat” and “(con) fine”; assistant director of the feature film “Leoni”; director of the short film “Out of the blue”. She is the creator of the podcast “the world in a room” dedicated to travel, art and culture.