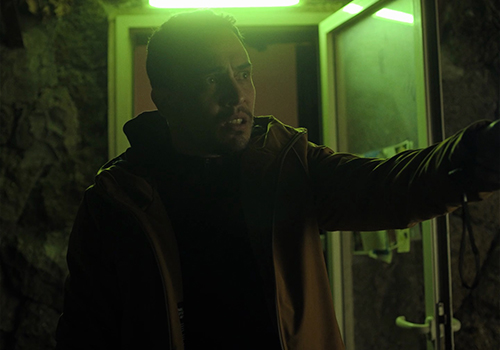 It’s the first day of work for Claudio, he’s the new guardian in a big cemetery. The former guardian warns him that some ghosts haunt the place. Strange things happened and suspicious sounds are heard lately. Shocked by these tales but at the same time curious and determined, Claudio will face these ghosts. His and our ghosts.

He was born in Rome on May 30, 1992. After graduating at the State Institute for the Cinematography R. Rossellini he has worked as a director and casting assistant in feature films and as a director of commercials and documentaries. He wrote and directed two short films: Marciapiede (2015) and Il Nido (2017) produced by Schicchera Production srl with the support of MiBac and the Lazio Region.