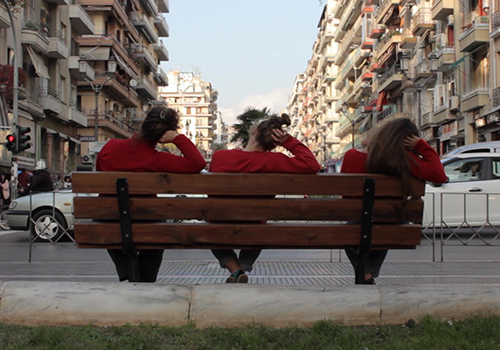 MOTIVAZIONI DELLA GIURIA:
The film addresses the relevant topic of the right to urban accessibility for human bodies and to free expression in public space, with lightness, softness and an appreciable touch of irony. The attention to the performance itself never exceeds, allowing the spectator to focus on the larger picture and to understand its meaning in the urban context.

SINOSSI
I DON’T SEE DEER is a choreographic study of the interrelations between the body and urban space. Creating ephemeral site-specific images that play with the boundary between the familiar and the unfamiliar, it attempts to highlight alternative ways of being in/thinking about the city.

Stella Mastorosteriou is a choreographer and dance educator, based in Thessaloniki, Greece, with background studies in architecture and sociology.