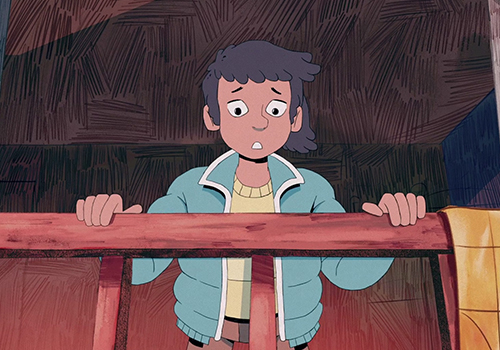 Footsteps on the wind

Little Noor and her brother Josef see their lives torn apart when an unexpected event hits home. Pushing them into a journey over the seas and mysterious lands.

Maya is an Artist and Filmmaker. Her work in both moving image and installation is centred on the art of storytelling. As a multimedia artist, her work has been exhibited internationally. Her production credits include 360 immersion visits to artist studios, and documentaries. Sanbar is fluent in 6 languages, and passionate about crossing cultural boundaries using words with images to bring about a fresh point of view. Her experience is varied, as is her career. From her beginnings in international law and the United Nations, to her pioneering work in marketing and branding as Head of Advertising at HSBC, she has honed the skill of telling stories that have relevance, in both the public and corporate worlds.

Gustavo Leal, a publicist from Varginha - Minas Gerais, worked as an art director in some of the most important advertising agencies in Brazil such as DM9DDB and Wunderman for global brands like Microsoft, Intel and Chevrolet. In 2013, his passion for storytelling, design and illustration spoke louder and he decided to open Dirty Work, a film production company.
Faga Melo, Filmmaker and motion graphics artist, born in São Gonçalo - Rio de Janeiro, studied Cinema in São Paulo and Los Angeles, has worked between production of advertising films, content for Cinema, TV and stages such as Rod Stewart World Tour and Paralympic Games. In 2016, when their paths finally crossed, they started to work as a Duo and were immediately able to put into practice the combination of their singular taste for things in every opportunity. They are driven by a collaborative and horizontal way of work that aims the contribution of all the people involved in the production, besides, of course, the endless seek of the most original possible way to tell a good story. Passionate about illustration, photography, cinema and animation, Leal and Faga are always looking for new experiments and techniques to evolve in each project they direct. Their distinctive formations and self-taught spirits enable the Duo dive into different languages and techniques of the animation world. 2D, Traditional, 3D, Stop-motion and Live Action with animation. As a result, today they own an authentic language, which has been gaining more and more space in the national and international market ahead of Dirty Work's creative direction.