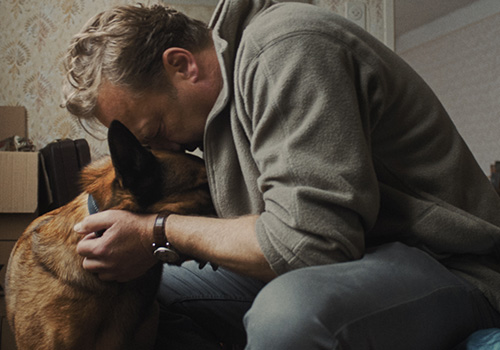 After losing his lifelong position at an industrial corporation, Raphael is forced by the Austrian Unemployment Office to take an underwhelming job as a night-time security guard. He recently moved back in with his bedridden mother, who is also cared for by the dedicated Ukrainian nurse Vera. Through Vera's support, Raphael gradually learns to cope with his new life situation, but a tragic incident breaks his world apart once more.
A warm-hearted narrative about a part of society, whose basis of existence is increasingly threatened.

He was born in Vienna in 1983. He attended a high school for media, photography and arts and shot his first documentary film in Costa Rica in 2004. From 2006 through 2013 he worked as a graphic designer and independent cinematographer, earning his engineering degree along the way. During this period he also became interested in psychology, and completed a two year course in systemic family constellations. Since 2014, Albin Wildner has studied directing and cinematography at the Filmakademie Wien (Vienna).