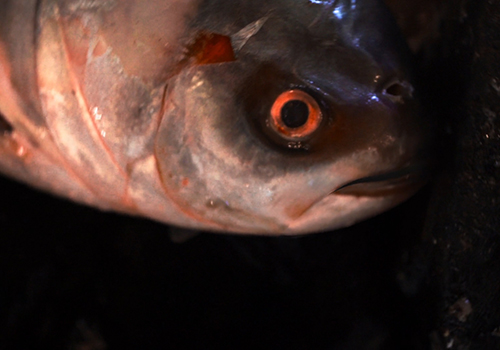 Dialog presents an intriguing communication through the soul of the streets and the tireless workforce of the city of Mumbai. The musical short film infuses organic sounds of the street into poignant melodies to tell a story in the form of lore.
The hawkers and the other workers all thrive on these streets, despite the onslaught of the uncertainties that their businesses entail. In some cases, people would contest in a debate discussing on whether they should be allowed on the footpaths meant for the pedestrians.
Dialog finds its place within the zeitgeist and the souls of these worker's life who persist through the days almost like the infinite, and kaleidoscopic limbo that this film takes you on. It is in essence tries to be like its music: "Raw" sans instruments!
The soundtrack of this film has been made from the organic sounds emanating from the various tools of the workers. The lyrics of the track is made of the very hawking sounds of these sellers of the streets. As Plato would summarize: "Music and rhythm find their way into the secret places of the soul".

He is an award-winning screenwriter and director from West Bengal, India who is currently working in Mumbai. The infatuation with the art of photography at his father's darkroom took its span of time to grow within him a knack for storytelling through paintings, poems, stories, and films.
His short films have screened over 50 film festivals across the world winning multiple accolades, awards and distribution deals. Dialog had been his most successful passion project, winning him recognition and a dozen of awards globally. His latest projects include experimenting with the forms of cinema and writing and producing for a niche interactive media audience. He had been an award winner in both screenplay writing and films direction. Dose another short film of his had won him the recognitions like Best Promising Filmmaker and Inspirational Director Award.
After graduating as a first-class honour in English Literature, he moved on to Mumbai with his post graduation training in film, television, and video Productions. Coming out of the college, he was soon sucked into the industry with a swarming number of reality shows which ranged between fiction and non-fiction, all alike.
In the mix of all his projects, he could still find a weekend or a night out, to moonlight on his passion for telling stories that challenge the status quo and rekindle the passion within. Finally, after years of slogging in the television circuit, he decided to freelance as a writer, film-maker, working only on projects that don't let him sleep, either in the night or the next morning!