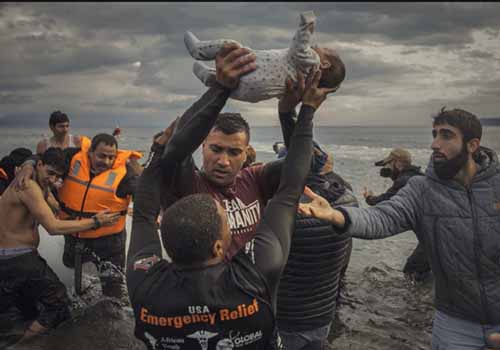 He is an award-winning photojournalist. Focused on the international scene, since 2008 he has worked with news agencies, media, audiovisual production companies and NGOs. For several years he has been a regular contributor to The Associated Press and has also collaborated with TIME Magazine, The New York Times, CNN, El País, 5W Magazine or The Sunday Times, among others. His work has been published in the main newspapers and magazines around the world and has been recognized with numerous awards, including: World Press Photo, Picture of the Year or the National Prize for Photojournalism of Spain 2015 and 2016. It is one of the six talents from Europe selected by the 6x6. Talent Program of the World Press Photo Foundation in 2018.

He is an independent videojournalist who has been involved in the media industry since 1999. He became a news cameraman in 2005 and began covering politics, social movements. Since 2014, his work has focused on migration issues, humanitarian crises and conflicts for the media, including Reuters, The Associated Press, CNN and La Sexta, among others. His archive material has been used in various documentaries, particularly those related to the migration crisis.