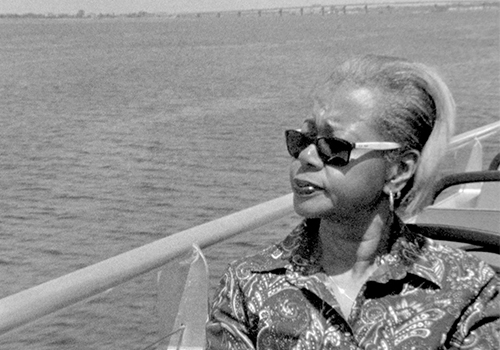 By Way Of Canarsie

After years of neglect by the City of New York and the devastation of Hurricane Sandy - the coastal community of Canarsie, Brooklyn wants more. Using a variety of formats, this experimental series of vignettes explores Canarsie’s unique relationship to the water through recreation, resiliency, and the community’s imagination for the future.

Emily Packer is an experimental non-fiction filmmaker with an interest in border culture and border theory. After graduating from Hampshire College in 2015, Emily organized a three-day art event in San Diego and Tijuana, where she screened her second feature film, La Frontierra Chingada. Her short performance documentary, As Sweet, has played in festivals such as the Feminist Border Arts Film Festival, the San Francisco Frozen Film Festival, and others. In addition to her independent work, Emily is a freelance editor and a pre-screener for film festivals in New York City. Emily collects voicemails for future use; consider yourself notified.

Lesley Steele is a visual storyteller with a background in video & film production and digital design. Originally a New York City native from The Bronx, Lesley obtained a BFA in Design Technology from Parsons The New School for Design and Masters in Directing from The School of Visual Arts. She writes, directs and edits short and long-form video. Inspired by Avant-Garde experimental film, her work reflects the juxtaposition of mediums including 16mm and analog tape to explore new meaning in the moving image. Previously Lesley has worked as a Shooter and Editor for Genius News, and a Digital Designer at MTV & Nickelodeon, Buzzfeed and HBO.