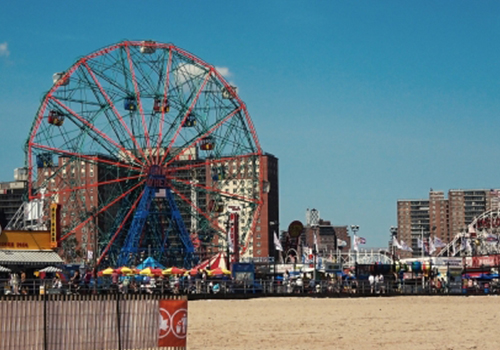 MOTIVAZIONI DELLA GIURIA:
The film has the capacity of portraying with an intimate and sensitive touch two cities, and a dimension of memories and experiences which are part of a shared urban dimension, personal and collective at the same time.

SINOSSI:
By juxtaposing footage from “the Big Apple” and poetic narration, Big Durian Big Apple is a visual love letter to my hometown of Jakarta, Indonesia (fondly called “the Big Durian” by its denizens).

Azalia Muchransyah is a filmmaker, writer, and scholar from Indonesia. She is a Ph.D. Candidate in Media Study at University at Buffalo (SUNY), funded by the DIKTI Fulbright Scholarship. In 2021, she won first place in UB's Three-Minute Thesis Competition. She is also the Host and Producer for The Baldy Center for Law & Social Policy Podcast, a bi-weekly podcast where she interviews scholars about their interdisciplinary research topics. Muchransyah's research investigates the status of activist media, specifically for HIV advocacy in Indonesia. Her short films have been officially selected for screening at international festivals and academic conferences.