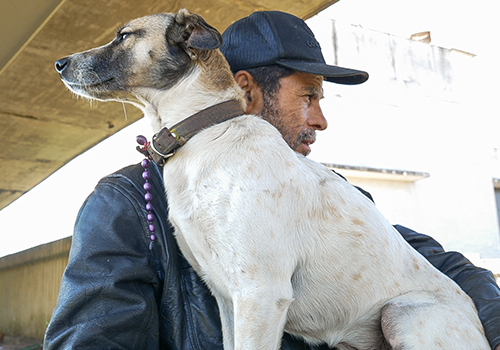 Affection and the streets

Facing a reality of exclusion, hunger, cold and prejudice, the documentary ‘The Affection in the Streets’ talks about the relationship of love and affection between homeless people and their dogs.

Thiago Köche makes socio-political films, using cinema as a transforming tool, addressing themes that have no echo in the traditional media. In addition to the film ‘O Galo Missioneiro’, which is his first feature film, his main work is the short film ‘Manifesto Porongos’, which was selected for 24 festivals, 5 of which are international (United States, Spain, Ukraine, Cape Verde and Germany) and the other 19 nationals (in all regions of the country) and winner of 8 awards (5 in Brazil and 3 in Spain).