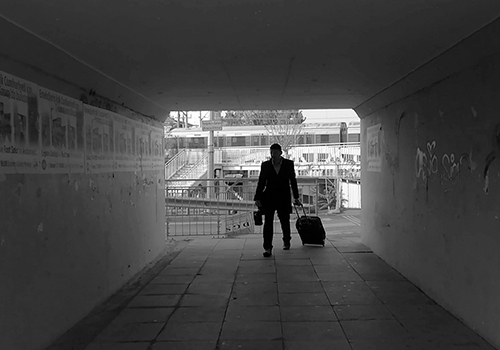 A Year in Exile

An immigrant’s first year in a metropolitan city outside his small country. Through a collection of moving images and sounds the film exhibits what he faces, the pictures that he sees, the crowded thoughts in his head, and the state of emotional shock that he lives throughout the year.

Damascus born Malaz Usta moved to Turkey in the beginning of 2016. In 2014 he started working as a graphic designer and film editor. In 2018 he started studying Radio, TV, and Cinema at the Faculty of Communication in Marmara University. He is also continuing his double major studies in Film Design at the Faculty of Fine Arts.