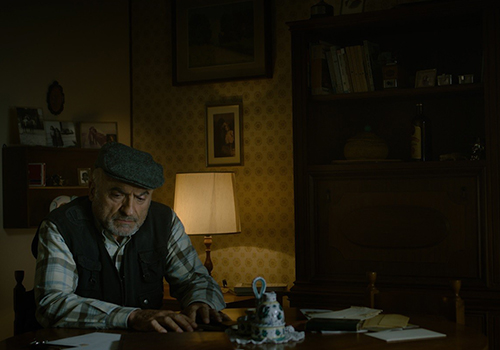 An old man drives away with a little girl: it’s just the beginning of a story that touches the deepest sensibility and pushes ourselves to look inside.

Valerio Gnesini is a director and author from Bologna. In 2014 he directed his first film “Varvilla”, distributed by Filmdelights, selected in various international film festivals (Doc for sale, FIFE in Paris, where it’s been awarded by the Jury, GFFIS in Seul, Human Doc in Poland etc. In 2017 he made “Transumanza Tour”, presented in Cinemambiente in Turin and in more than 100 hundred events all over the world. In 2019 he directed the documentary “Damiano non è un Marziano”, produced by Maxman coop, released on the 2nd of April 2019, on the Autism Awareness Day.