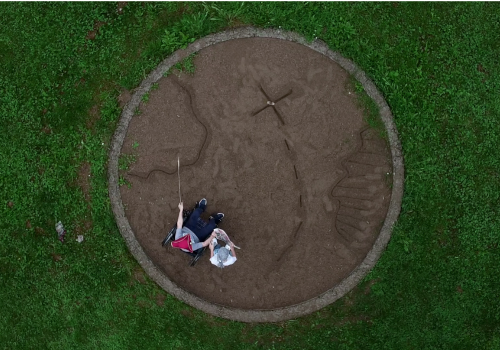 The wheel of dreams

"The wheel of dreams" tells us a story of two lifetime friends. It is about their everyday life, which is sometimes boring and tiring, but gives us hope to get out of that world of reality. These guys take us through a game full of adrenaline, without lack of emotions. They teach us that a single moment can make the day better, turn defiance into imagination, and elicit a smile to a stingy reality.

Milan Bogdanović was born in 2001 in Banja Luka, Bosnia and Herzegovina. From very young age he became interested in theatre and has put up 8 theatre plays since at the scene of Youth Theatre DIS. He was proclaimed the best director in the competition for youth theatres of Republic of Srpska. Besides that, he won numerous awards for best theatre plays as well as directing. In 2018 he films his first feature film "Luzeri 1.01" and takes it to the international festival Bina Mira in Aachen. The latest piece he directed was short movie titled "The wheel of dreams".