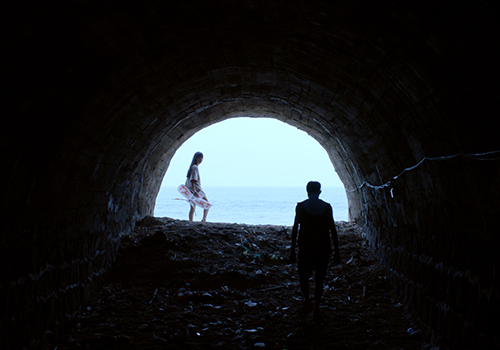 Motivation of the jury:
The short film ‘The Silent Whistle’ showcases in a subtle way the loneliness of today's cities, focusing on one housing block and its semi-public spaces. Beautiful, engaging and unpredictable storyline which touches multiple societal issues.

19-year-old girl Ming is a loner who works the night shift at a convenience store. One day near the spring festival, her neighbor Rui invites her for a “special” dinner, which summons up her hidden past…

She is a writer-director. Born in 1996, she grew up in southern China. In 2018, following her passion for film and storytelling, she graduated from law school and came to Emerson College (Boston) to pursue her master's degree in film and media art. She is now working on a short script named A visit.