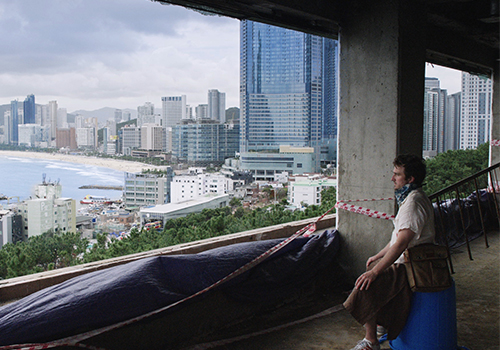 The Old, The New and The Other

A stranger arrives in a town called Mipo: here, urban development is accelerating the gentrification of that old fishing village located on the edge of Haeundae beach, in Busan city, South Korea.

He is a filmmaker, a cinema and photography teacher at Dongseo University in Busan, a programmer for Busan International Short Film Festival, and a board member of the Short Film Conference. He graduated from the E.S.E.C. film school and from University Paris 1 Pantheon Sorbonne. His latest work as filmmaker include One-minded (2014), Tetsu Kono’s crazy routine (2016), The Troubled Troubadour (2016) and The Audience Never Performs (2021).