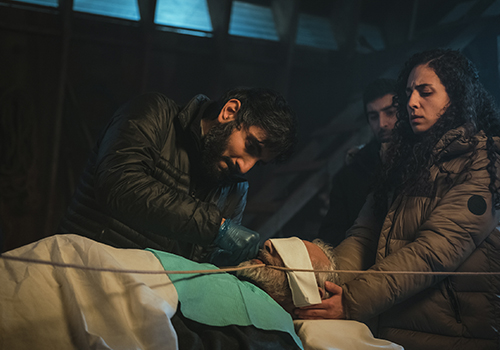 Sahra, an Afghan refugee in Canada arrives at Iranian ex-Dentist, Hamed's doorstep for help extracting her late father's gold teeth before they bury him.

He is a multi-awarded Iranian- Canadian screenwriter, director, and producer. He gained his master's degree in Film directing from the faculty of art at the University of Tehran in 2010 and directed his first short film Slowness. He made his second film The Blue Bed in 2020 and it has been selected and screened for more than 60 Film festivals around the world, and has received 28 awards and nominations, including three the Best Director Award from the Vancouver Short Film Festival. Recently, he has directed a documentary feature film Margin vs. Center (2021), and two short movies Split Ends (2021), and The Gold Teeth (2022) that will be released soon. Social justice, women's rights, and immigrant issues are his concerns.