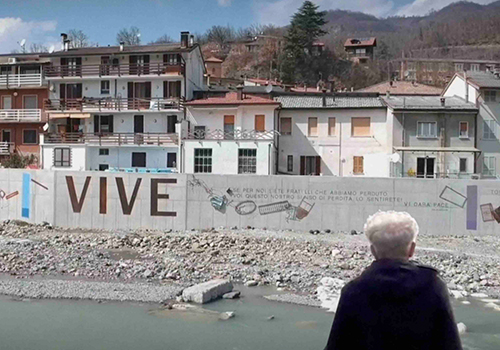 Part book, part film, part family album Stay in Valley discovers a bond of solidarity that has kept a community united over time and over borders. An interactive and popular documentary, which rebuilds connexions between places and people, cultures and traditions, in the footsteps of the Emilians from the Upper Nure Valley and their migrations over the last 150 years.
Stay in valley outlines with intimate memories a collective feeling of affection and belonging, capable of crossing oceans. Scraps of memory, letters, maps, photographs, family and archival films both in colour and black and white are displayed in digital frames as if they were snapshots of multimedia landscapes, as records of the migrant trajectories that trace the footsteps of their origins, in search of their own roots.
Stay in valley is the mirror of a community that goes from real to virtual, from letter to videos. A community that maintains a strong identity with its homeland and that today, also thanks to technology, develops its own cohesion beyond territorial borders. This innovative and interactive multimedia path shows that sharing and keeping tracks of memories in a virtual space enhance the meeting in the real