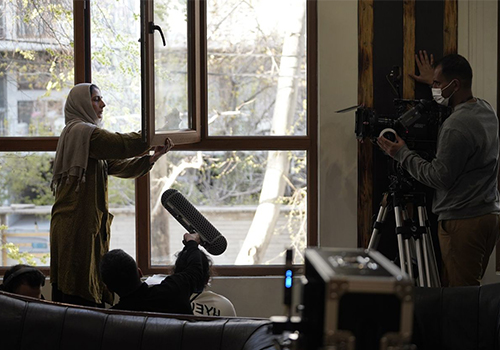 A mother tries to send his son in singing auditions.

Aminreza Alimohammadi (born March 22, 1990), professionally known as A-min, is an Iranian movie director, musician, music video director, songwriter and artist manager. He has worked in different music genres. He was born in Tehran in a family of 6 members. He showed interest to art ever since he was a little kid. Although he was successful in his major (mining industry), he decided to drop school and dedicate himself to his dream of being an artist. He started his career in music by singing multiple songs. After a while, due to his extraordinary talent in composing, he decided to stop singing and change his path. Aminreza has either produced, or worked as a musician and song writer for a number of notable artists and performers, including: Sami Beigi, Sogand, Masoud Sadeghloo, Moein . It didn't take so long until Aminreza started working with the legendary Shadmehr Aghili that was a big validation of his talent in the music industry.
Directing music videos of the singers he worked with, his talent surprised everyone. So he decided to focus on screenplay writing. "Snail" is his first movie.