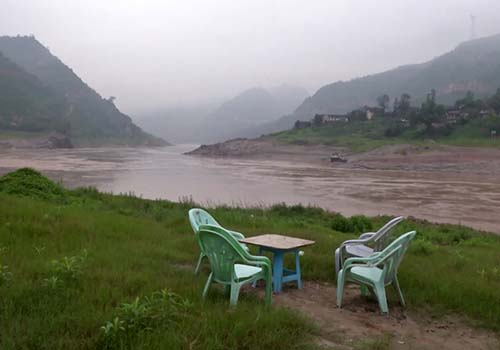 Because the Chinese government wants to renovate hydropower stations on the JinSha River (the famous river in China). Large numbers of people who had lived on the river for generations had to leave their homes and move to unfamiliar cities. If residents do not want to leave, the government will resort to coercive measures.
The disappearance of homeland and the disconnection of memory make us to question eternity and the meaning of home. The long-existing lifestyle disappeared suddenly and people couldn’t figure out whether man will or the nation will could conquer the nature in the rapid development.
We can only believe in a better tomorrow because we have no choice.
The last image of our homeland is a broken river and a disappearing town, and it is also the last elegy for our past.