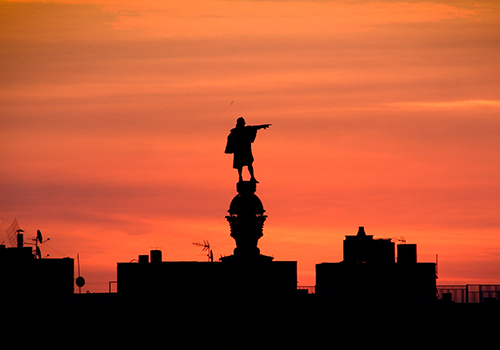 Birds colonise an urban neighbourhood. People rediscover vital animal instincts. Together they show how confinement might be the ultimate measure of freedom.

Mark Aitken is a filmmaker and academic whose practice includes film, photography, writing and radio. Mark produces emotionally resonant works about loss of family, home, history and community. Working across different mediums over many years offers a body of work that is unified yet diverse and at home in cinemas, galleries, installations, bookshops and on radio.
Mark’s award-winning films include 'Dead when I got here' (2015) about a Mexican psychiatric hospital run by its own patients; 'Forest of Crocodiles' (2010) about a fearful white South African rural community; 'Until when you die' (2007) traces a Vietnamese refugee’s journey home and 'This was Forever' (2008) about the loss of a community allotment in London. Mark has also facilitated over fifty films with students.
Mark’s photo installation 'Sanctum Ephemeral' and book about a community losing their homes was exhibited in Girona, Catalonia in 2020. The series won the UK National Open Art 2017 and was published in national press and magazines.
Teaching film practice since 1990, Mark currently lectures at Central St Martins, London and offers creative consultancy to professionals. He was awarded his doctorate, ‘Emotional truths in documentary making’ from Goldsmiths in 2019.
Mark produced a radio series on London’s Resonance fm for 15 years and continues radio production at independent station Dublab in Barcelona where he currently lives.