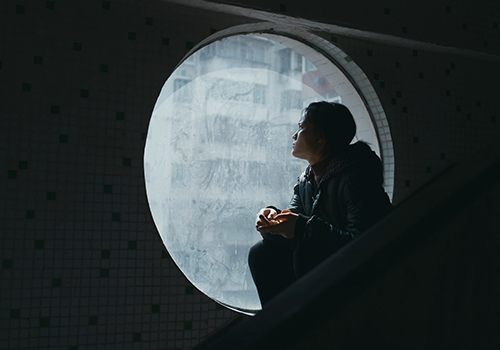 Motivation of the jury:
The film reflects female struggles and ownership over one’s own body. Symbolism of the city and public space as a forbidden realm is strong. Difficulties of the protagonist’s life are sharply contrasted with beautiful city views seen from the large windows of the surrogacy residence. City is represented as the unattainable polished outdoor world. The scene on the rooftop of the residence where one of the protagonists is singing to drive out the interior void, effectively captures this threshold between public and private space and the hopes for freedom. Effective narrative progression and storytelling.

Lili, a young mother, lives with her gambler husband in a remote part of Sichuan. Lonely and poor, she heads for the city in a bid to earn enough money to save her dying father.

Born in 1984, is a Chinese director and writer based out of Shanghai and Los Angeles. Jing came from literature background but she found her calling when she began working at Shanghai International TV station as a director/editor on documentaries. As a fanatic lover of literature and philosophy, Jing has always loved writing. Lili Alone, her first short film, world premiered at the Semaine de la Critique 2021. Her ultimate goal is to write and direct feature films that explore the truths in modern China life.