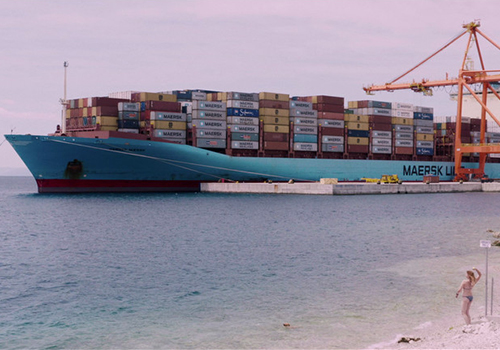 Between September 1919 and Christmas 1920, the poet Gabriele D'Annunzio was the conqueror then the Comandante of the city of Fiume, now Rijeka, in Croatia. « La materia non conta », « Matter doesn’t count », was one of his mottos to emphasize the superiority of his ideal vision over the pettiness of material concerns. How the utopian dream of some people can make the sorrow of others? How is it to be caught in someone's dream ?

Pierre Commault is born in 1988 in Rennes, Brittany. He earns a master's degree in film theory from the Sorbonne Nouvelle – Paris 3 (about the representation of political violence in R.W. Fassbinder's work) and a master degree in documentary conception from the INA (French audiovisual institute). From 2015 to 2018 he studied Bosnian-Croatian-Montenegrin-Serbian by the Inalco (National Institute of Oriental Languages and Civilisations).
In 2013 he co-directed with Nina Almberg the short length documentary film L'Esprit de la Zone (Strolling in the Ghost Zone), which was shown at the festivals Cinébanlieue and Fidé (International student film festival). Besides the development of his documentary projects he works as a projectionist in Paris and Rennes.