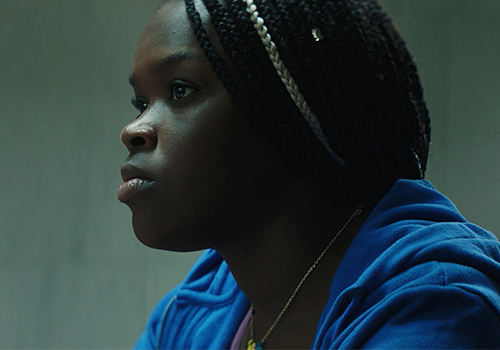 MOTIVAZIONI DELLA GIURIA:
La Gita tells the story of Megalie, an intelligent teenager, and daughter of an immigrant family from Senegal, born in Italy. Despite her apparent normal life, she lives the drama of her condition as foreigner in a precarious situation, affected by administrative and bureaucratic issues. La Gita is a beautiful story of friendship, love and solidarity that contributes to deconstruct immigrant stereotypes.

At the age of 14, Megalie, daughter of an immigrant family from Senegal but born and brought up in Italy, is faced with the difficult task of finding a place for herself in the world she is living in. When she is denied the opportunity of taking part in a school trip abroad, a perfect occasion for the girl to reveal her feelings to her classmate Marco, that place in the world will seem unattainable to her. But will it really be so?

Salvatore Allocca is a director, producer and screenwriter from Rome. After graduating in Literature and Cinema, in 2006 he founded Vega's Project, a film and television production company. He wrote, directed, edited and produced several short films, music videos and documentaries such as Negli occhi (2010), about the life and career of actor Vittorio Mezzogiorno, winner of the Nastri d'Argento Award and the Golden Globe for Best Documentary. In the same year, he produced the docu-fiction L'incantatore di serpenti, la vita
senza freno di Gian Carlo Fusco, in competition at Milan Int. Film Festival. He then directed his first theatrical feature film How to find the right way the wrong man, released in theatres by the 20th Century Fox in 2011. In 2017 he is in competition at Bif&st with Taranta on the Road, his second theatrical feature-film. In the same year he wrote and directed the short film La gamba (The leg), starring Ernesto Mahieux and
Nina Senicar, in competition at Cortinametraggio and Milan Int. Film Festival. In 2018 he won the Bando Migrarti with La gita (The school trip), winner at the 75th Venice Film Festival and selected at Oscar qualifying Palm Springs and Oberhausen.