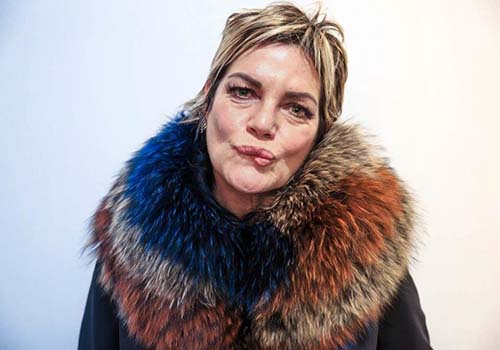 From the homonymous photographic project and psychosocial research by Vincenzo De Simone, "La gente di Napoli" is an exclusive journey through food, art, music, theater and football: the goal is to strengthen and relaunch the image of the city of Naples on the international scene through the eyes and words of those who experience it, especially through the faces of those who decide to stay or those who have been forced to leave it. In the course of a day in Naples, the characters tell the stories and contradictions of their city: among these Enzo Avitabile describes the city as a motherland, a point from which one starts and then returns inexorably; Laura Bouchè, emigrated to London, of the Neapolitan's ability to adapt to new contexts; Cristina Donadio underlines how Naples is shrouded in lights and shadows that we often try to hide; finally Christian Giroso, born and raised in Scampia, talks about the Arrevuoto theater workshop in which young people from the outskirts of Naples participate.
The innovative power of this documentary represents a permanent eye on the different facets of the city, a system of connections between people and the territory with the ambition of putting them in correlation, studying in particular, a place rich in resources, in order to improve them and not to disperse them. In this way we want to strengthen the relationships of interaction and exchange with those who continue to commit and invest in the growth of Naples, an extraordinary opportunity for the people of Naples to finally be more than the stereotypes that afflict them. A Neapolitan’s love for their city is unique.

Maurizio Di Nassau is Doctor in Psychology, graduated from the School of Cinema in Naples. He works as a director, photographer and film-maker. He has directed and co-directed several short films, web series and independent feature films. As a photographer, he has taught and exhibited in several group exhibitions, including at the Palazzo delle Arti in Naples and the Blankwall Gallery in Athens.

Luciano Ruocco is Graduated in Media Studies from the University of West London (BA Hons). He is author of documentaries and film-maker at Rocco Media Productions.