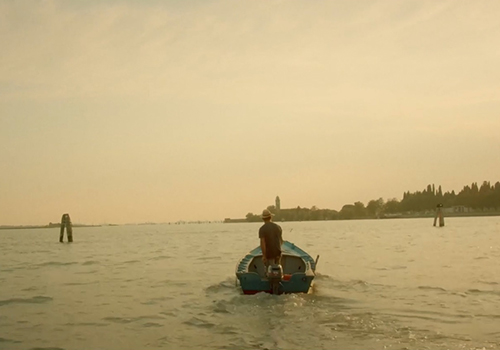 The short film I BELIEVE (IO CREDO) came from a reflection of the greatest motivational drives of the person: BELIEVE. Believe in a higher power, in yourself , in others, in your work , in life. People of “real” professions, their experiences, fears, stories of their lives became the common thread of the film. Immersed in breathtaking sceneries of the Veneto region, we witness the process of creation of traditional craft objects and food. Although the action takes place in Veneto, these products and their creators are recognizable in each region — they have been for centuries an integral part of Italian culture and life. True emotions and the unique magic of simple things are the ingredients of I BELIEVE that give us not only a food for reflection of the society and individual connections, but also inspire for travel, exploration and rediscovery of meaning of one’s life.

Lena is a professional pianist, graduated from the State Saratov Conservatory named L.V. Sobinov.
She has been involved in journalism and music for many years. Worked as the head of the editorial department of the oldest Russian record company Melodiya in Moscow.
After moving to Italy, Lena became a blogger and a filmmaker.