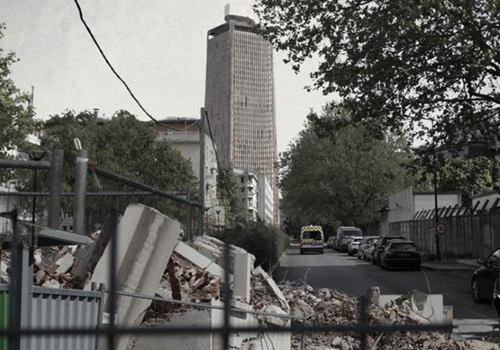 Six hundred children from a Seine-Saint-Denis school group - nursery and elementary school - are currently threatened by a considerable increase in pollution due to new road infrastructure.

She is a film director and producer interested in urban areas in the midst of change. She is the founder of Aral Sea Productions and has made documentaries supported by Ateliers Médicis and Sundance Collab. Alongside film, she has also produced over five podcasts and was the senior producer at World Radio Paris.
As a documentary film director, she explores the perceptions and effects of external forces such as digital infrastructure, corporate re-generation programmes, and international sporting events on local inhabitants. She is particularly interested in collaborative filmmaking methodologies in research.
She holds a BA from SOAS in Development Studies and Linguistics and an MA in Urban History and Culture from University of London Institute in Paris.