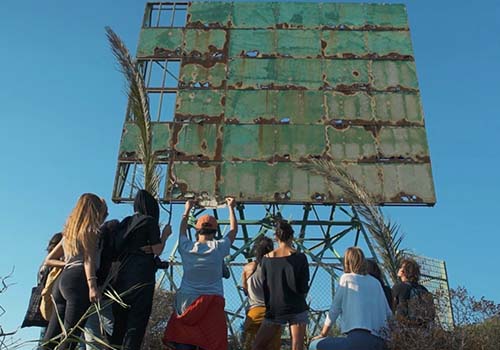 An archipelago, 120 people, 10 days of collective exploration. The documentary narrates a territorial research laboratory in La Maddalena, coordinated by the group of architects Eterotopia.
The military outposts, the case of the failed G8, the NATO occupation, the wealth of natural beauty are some of the stories that have been investigated during ten days of experimentation, by means of tales and architectures, maps and invisible patterns, round tables and visionary images.
Against the backdrop there is the heterotopia, a terrain for diversity and new connections between the disciplines, between near and far places, between territorial theory and practice.

Director, filmmaker and visual designer, Ivo Pisanti, born in Caserta, 1988, lives and works in Bologna. Graduated at IUAV university of Venice in Visual Communication Design and Multimedia in 2014, his work ranges between different medias.