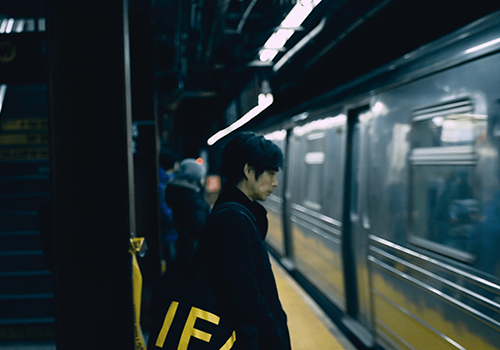 A man happened to see the incident in the station while getting back home after working. He got traumatized at it all, and his brain is full of traumatic memory. But it is getting fade out through passing the time. Also, he faces another coming new happening in his daily life.

Masataka Ishizaki was born in Boston, USA (1982), and grew up in Osaka, Japan. He is an actor, known for Green Grass, Sea Opening, Kemonomichi, Bodytemperature etc. Green Grass (Directed by Ignacio Ruiz Alvarez). He joined as a starring in the first collaboration film between Japan and Chile as the 120th anniversary of the establishment of diplomatic relations (released in 2019).