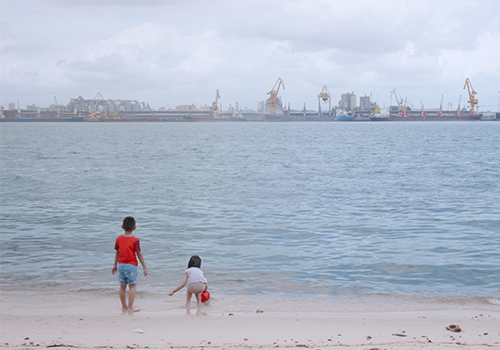 Singapore: a bustling metropolitan city-state. In a staggeringly short timespan, it has become a ‘first world’ nation despite its geographical and historical limitations. But what does this
mean to the people who live within her borders?
An intimate look at Singapore as a body, Between These Bones is a poetic exploration of the everyday lives of people in the country. The film looks at how they cope with the inherent limitations present in spaces within the country and how they attempt to transcend them.
Divided into three chapters, each segment explores the effects of space on different individuals. The documentary considers how a space, despite being heavily regulated, is ultimately defined by the people who live in it.

Joyce Ng and Pranamika Subhalaxmi are the directors of Between These Bones. They studied Communication Studies, specialising in film, at Nanyang Technological University, Singapore. Between These Bones is their first directorial collaboration together and is a result of their shared love for film, poetry, and the sweetness of everyday life in Singapore.