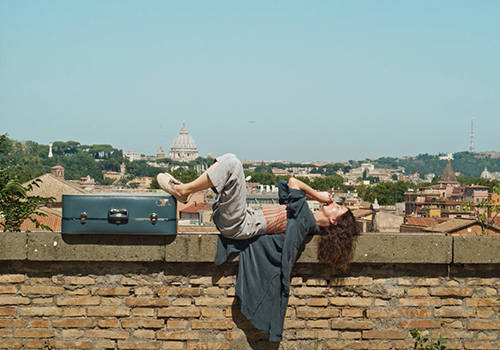 In a baking hot day, along the streets of a deserted Rome, a young woman strolls endlessly with her young daughter while carrying a hefty suitcase. They move close, slip away, and overturn their natural roles. Suddenly a single gesture unexpectedly discloses the true love for one another.

Jasmine Trinca is an Italian actress. She began her career in 2001 in Nanni Moretti’s award-winning “The Son’s Room”. She won 2 David di Donatello awards, 4 Nastro d'Argento awards, 2 Globo d’oro awards, 2 Ciak d’oro awards, the Marcello Mastroianni Prize at the Venice International Film Festival, the Gian Maria Volonté Prize and the Un Certain Regard Prize for best actress. "Being My Mom" is her directing debut.