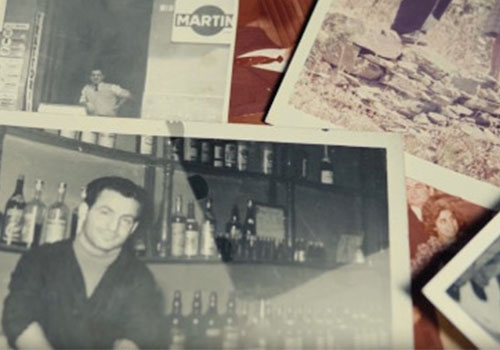 This documentary tells the story of Armando, who immediately after the Second World War had to leave Seui - a little village in the interior of Sardinia - to move to Cagliari in search of a better future. It is the story of the redemption from a condition of extreme poverty - in a city destroyed by bombings - thanks to his fellow townsfolk, of internal migration and of a closely knit community which, over the years, found its way to establish itself in the commercial and food sectors, facing problems and prejudece similiar to those who nowadays emigrate to a foreign country.

33 years old, works as professional journalist. After his degree in Political Science, he obtained two masters degrees, one in communication and one in filmmaking at the University of Cagliari. As freelance he has worked for local newspaper in Sardinia and national news site (Italy). He currently writes for the online newspaper SardiniaPost. He has also collaborated with sardinian documentarists. Bar Seui is his first film.