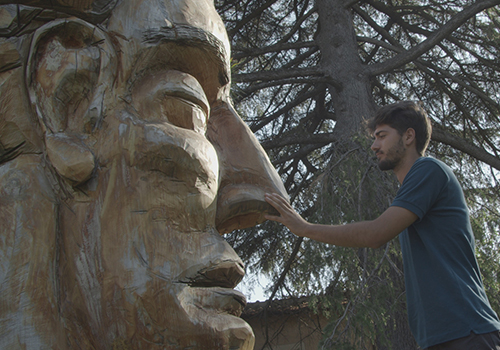 City Trees is a short documentary about urban regeneration. through his art, the sculptor Andrea Gandini, gives a new life to those trees which are chopped and abandoned in Roma's sidewalks.

Lorenzo Follari is an Italian director and screenwriter. He studied film directing at “London Film School”, at “Libera Università del Cinema” and at “Stockholms Filmskola”. Produced by “iFrame”, Lorenzo wrote and directed the short documentary “Alberi Cittadini”. In 2019 he participated as a volunteer intern on the production of “Pinocchio” by Matteo Garrone.
His first shortfilm, “How I Learned to Stop Worrying About Thieves” (2018) has been selected to over 20 film festivals and won 5 prizes. In 2020 he wrote and directed his graduation film at Stockholms Filmskola, “Roots”.